Self-Medicating: The Long-term Effect of Drug Abuse on Mental Wellness 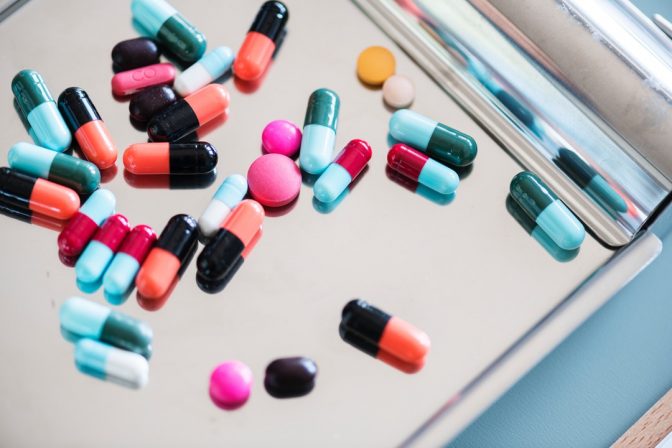 Keep reading to learn about the connections and the consequences.

To begin, let’s talk about the things that increase a person’s chances of becoming addicted to a substance once they try it. Drug addiction can happen to anyone, of any age or gender. But, there are some patterns that increase the chances of getting hooked; they are:

Although many of these things may seem like separate issues, they all have a root in a chemical imbalance in the body. Let’s look at that next.

This risk factor deserves more attention since it lies at the root of all the rest. We all have neurotransmitters in our brains that are responsible for helping us feel good and deal with the issues of life.

However, some people are born with less than optimal levels of these brain chemicals. It’s these individuals that tend to suffer from addictions of all kinds, more than their counterparts. Smoking, drinking, or using drugs are all considered to be negative ways of coping with stress.

One of the main neurotransmitters responsible for the sensation of pleasure is dopamine. If a person lacks dopamine in their brain, they will seek out the things that artificially increase it. Such things are:

Once the dopamine hits start to come from one of these types of activities, a pattern forms. From there, addictions begin.

The brain starts depending on the artificial stimulation of drugs. Next, the cells responsible for communication get desensitized.

When this happens, the person has a hard time feeling pleasure without the drug. Sometimes a person can damage their brain so much that it never returns to normal even if they stop using drugs.

Mental health disorders that are often diagnosed along with drug addiction are:

These same mental health problems are also associated with neurotransmitter imbalances in the brain.

Depression is often apparent in the life of a drug user. Some turn to drugs to avoid feeling the depression and yet for others, drug use is the source. Loss of pleasure, lethargy, and sadness comes with depression.

On the flip side of depression, drugs can also cause manic behaviors as well. Manics often experience racing thoughts, impulsiveness, and abnormal levels of happiness.

Depression and mania are often caused by heroin, cocaine, and meth; the stimulant-type drugs.

Because of the way that drugs affect the extended amygdala in the brain, anxiety is a familiar feeling while coming down from drugs. This includes symptoms such as a racing heart, shortness of breath, and sweating.

With increased drug use, it gets worse. The brain circuit gets more sensitive, causing extreme anxiety with discomfort and irritability. This reaction drives even further drug use in an attempt to make it stop.

Being paranoid is another mental health issue that comes along with the use of drugs like marijuana and cocaine. Other drugs may cause delusions and hallucinations. Having to lie about using and worrying about the legality of drugs causes paranoia too.

Even though drug use makes these worse, abusers keep using in an attempt to quiet them. It’s a losing situation. Those caught up in these thoughts and emotions should seek help rather than drugs.

Besides having a long-term effect on mental health, drugs also take a physical toll on the body. Drug use can result in:

This information wouldn’t be complete without offering some hope to those suffering from addiction and chemical imbalances. There are ways to naturally increase neurotransmitters to induce pleasure without drugs. Here are a few ideas:

Granted, the effects are often more subtle and not so “in your face,” but nonetheless, they are healthier pathways to pleasure.

What came first, the drug addiction or mental health issues? As we’ve learned, brain chemical imbalances drive individuals to seek out the things that increase pleasure. It’s a human instinct.

However, continual use of artificial measures to increase the feel-good brain chemicals only makes things worse and solidifies addiction. A long-term effect of drug abuse is the way the brain comes to depend upon the drugs to feel pleasure. It’s a snowball effect that needs intervention and change to fix it.

Drug addiction is both a mental and a physical problem that requires professional care. If you or a loved one is suffering through an addiction, reach out for a helping hand right away.

If you’re in the Daly City, CA area, contact us. We’re here to assist you.

Just Say No! the Physical Effects of Different Drugs on the Body
0 Comment